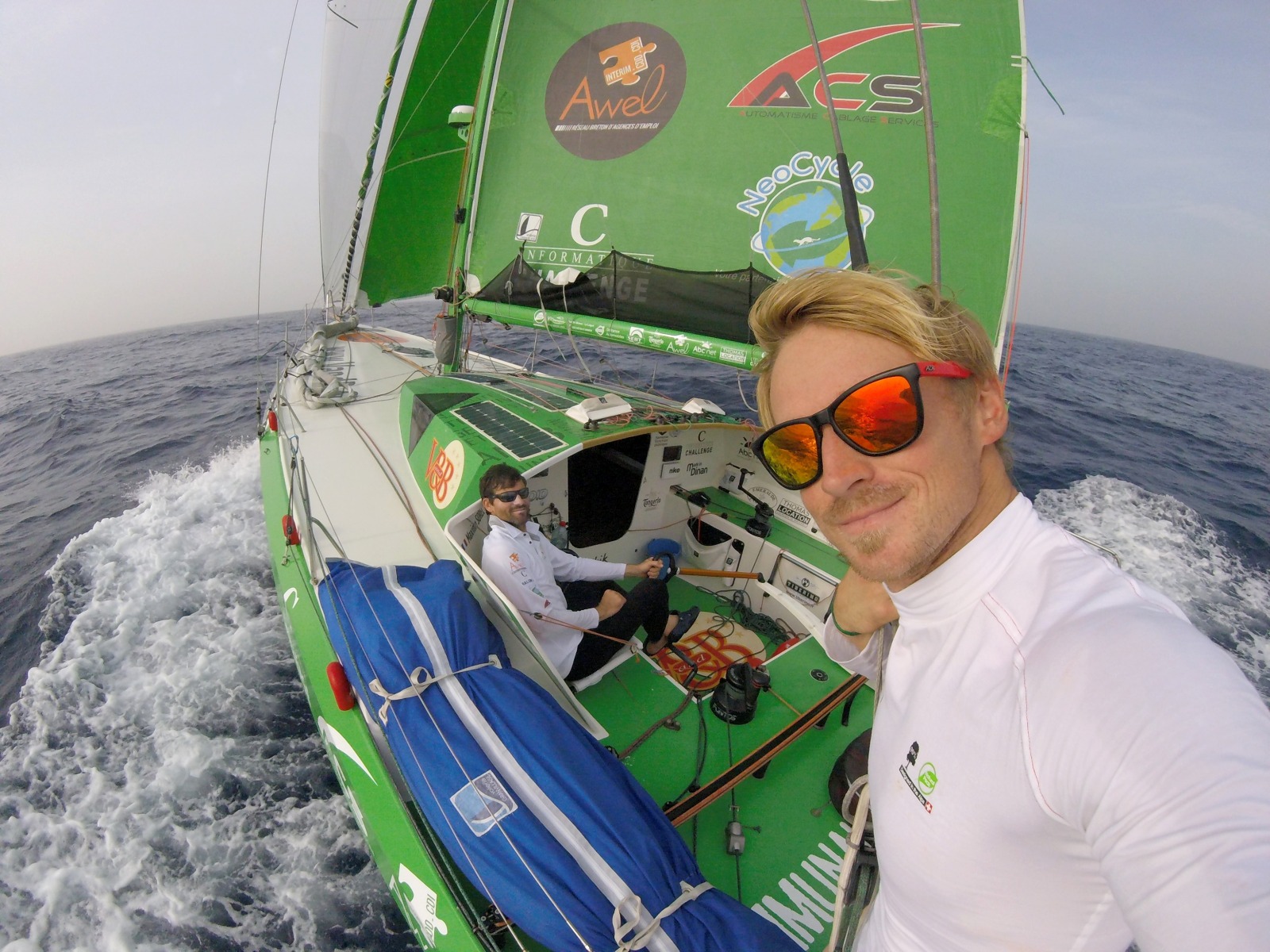 Double-handed yacht racing has been about for many years but is really increasing in popularity. Could you source your crew from Onboard Space?

What is double-handed yacht racing?

The concept is where two people will race a yacht over a certain distance. The biggest double-handed yacht race at the moment is the Transat Jacques Vabre from Le Havre in France to Bahia in Brazil. It is often seen as the tester for the singlehanded Vendee Globe as the newest IMOCA 60s show their colours in their first serious race ahead of the round the world race. It is a hard 4,350 mile race along the old ‘coffee route’ and is a great way to test a crew and the machine.

While that race has been going on for 15 years or so, it isn’t the oldest. How about the Royal West of England Yacht Club’s TWOSTAR transatlantic race? This has been running since 1981, and in 2017 encountered some of the worst conditions in its history. The club reported, “The 2017 TWOSTAR was sailed in what was probably the worst weather experienced in the races. Six boats started, two finished, two retired and two were lost with their skippers rescued under the control of the Canadian joint rescue services.” The North Atlantic can be beefy, especially as the climate changes, but it can also be benign. In 2016 I was out at the start of the Vendee Globe where for one of the first times in the race’s history it was blazing sunshine and a following wind – it usually blasts into a Gale 8 on the nose…

Double-handed racing has really built in popularity even so. Yachting World reported in 2018 why it might be so popular. “It’s partly because the logistics are much easier to organise with just two of you, rather than having to pull together a full crew of seven or more people all with different levels of commitment. Also, autopilot developments have made it much easier to handle a boat shorthanded. But for [professional sailor, Alexis] Loison the main attraction is that there is never a dull moment. No sitting on the rail for hours at a time. “When you’re sailing doublehanded, you have the helm, you navigate, you are busy during all the manoeuvres. There’s never a dull moment.”

Many people learn to sail on dinghies where they get lots of experience physically sailing the boat. Winning is about judging the wind and getting the right sail trim for exactly the right wind angles. Ultimately this could be a great way to get into double-handed yacht racing. It is all about honing your skills to a very high level.

Yacht racing is a big step from dinghy sailing. You need to read weather reports for the next 48-72 hours and assess your routing during that period. You need to have sea survival skills that can only come from specialist training. Ultimately even as crew you need to be almost as skilled as the skipper as either of you could be injured (or worse) and you need to get home. Saying that for shorter runs – the Fastnet and blasting around the buoys at Cowes Week – you can upskill yourself through shorter distance sailing.

Leisure sailing is another way to get the experience to get into double-handed yacht racing. On a cross-Biscay or cross-Channel delivery you will have to get into the swing of a four-on, four-off watch system and see how your body adjusts to a high intensity, short sleeping routine. If you have young children you’re at an advantage there! You will navigate and sail during your watch, as well as keeping an eye on the weather synopsis as the weather systems prove or disprove projections.

Double-handed skipper or crew? Come to Onboard Space!

As a website for hooking up skippers and crew for their adventures, we would say that wouldn’t we?! Sign up on our website, advertise your wares and pay around €5 for every connection you make with us. You never know – you could end up breaking a short-handed transatlantic record with the person you meet with us!