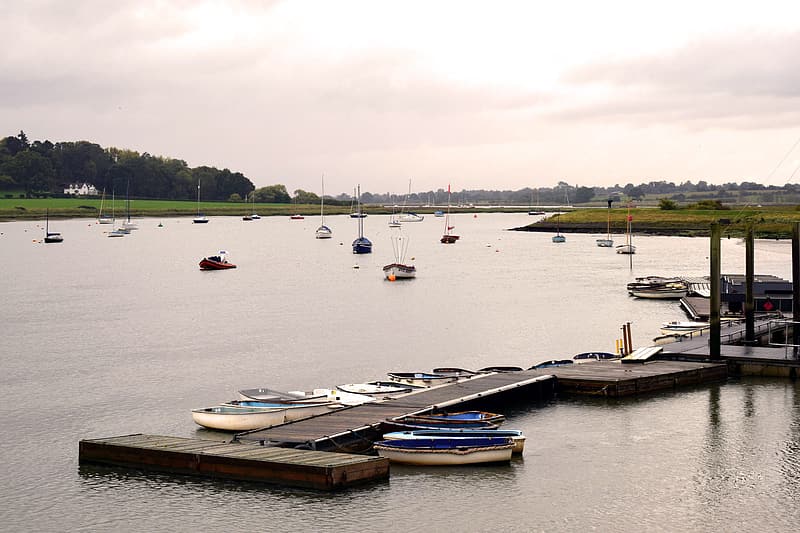 Famous East Anglian, Admiral Lord Horatio Nelson once complained, “Men and ships rot at the dock!” While his issue was that he just wanted to sink French ships, the problem of modern skippers looking for crew is often not getting enough crew to get off the bloody dock in the first place.

Your writer went to the Royal Hospital School in Suffolk in the 1980s and 90s, while his parents moved around the country as military officers. To quote Winston Churchill’s view of the Royal Navy (for whose sons the school was founded) I remember school as a life of “rum, sodomy and the lash”. To escape I went sailing, be it on Alton Water or out on the North Sea.

East Anglia is one area that while flat and somewhat pedestrian to look at, has a big underground sailing scene. I refer to it as ‘underground’ as it really isn’t as sexy as the South Coast of the UK but there are big numbers of yachts and sailors around that part of the country. Whether on a passage to the Low Countries or Germany or simply pottering up and down the maze of creeks and backwaters it is a great place to sail.

Being not as sexy as the South Coast, there are skippers looking for crew to get out on the water, yet have difficulty getting the bods they need. Could you be a skipper looking for crew this summer to stop your ship rotting at the dock? As long as you’re only offering just rum (and no sodomy or the lash unless consensual!) you can sign up with Onboard Space to find crew!

The North Sea is wildly under-rated as a sailing area. Yes, there is some big winds sailing to be done and the distances can be larger than the English Channel but that provides a challenge that can be fun and very rewarding.

Much of the Low Countries and East Anglia are flat so you will have to be on a boat that can sit on the beach or mud at low tide, but that is part of the fun – sitting on a mud bank with a beer and watching the wading birds gorge on shellfish and other mud dwellers can be most relaxing.

A passage from the East of England to Germany or the Low Countries can take a day or two of day/night sailing and with the busy shipping lanes you often need crew who are switched on and know their onions when it comes to passage making. That could be night-navigating leading lights so you don’t run around in a yachts-only channel or dodging sea traffic heading past and to Rotterdam.

Where to find experienced crew? Onboard Space!

Skippers looking for crew should pop by Onboard Space to look for the crew you need. We have a database of crew of different experience levels, and it costs as little as €5 per connection you make. Yup – we’re no big-shot crewing agency charging you the earth to get the folk you need but more a community of sailing and yachting enthusiasts who just want to get out on the water!

How do you get sailing experience? Come sailing with Onboard Space!