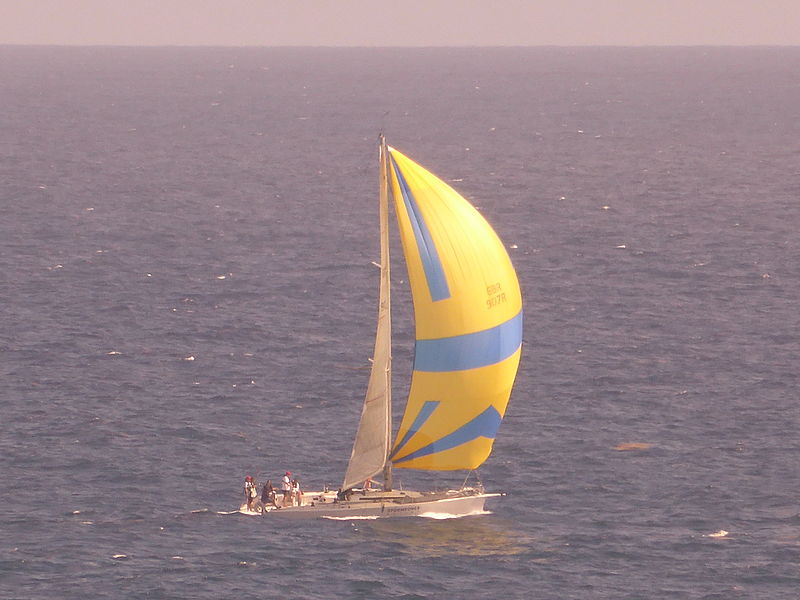 Every sailor who has crossed the Bay of Biscay has a story to tell from it. Honestly, thanks to its geography and position, a passage in or around it can be a pig. Skippers need extra crew to do most passages in and around the bay should a crossing be on the cards.

It’s not for nothing that some of the world’s best solo sailors have cut their teeth sailing there, including Jean-Luc Van Den Heede (VDH) and Armel Le Cléac’h, one of many winners of the Vendee Globe and La Solitaire du Figaro races that start in the bay. Why? The Bay of Biscay has some unique features that make sailing it very tough.

Bay of Biscay geography and meteorology

Most of France’s Atlantic coast is on the Bay of Biscay. The coast faces the westerly winds and gales that have been blasting their way across the Atlantic. Thanks to this, you have to be prepared to beat and tack to get across it – uncomfortable enough without its dodgy seas!

The bay is almost perfectly curved from south to north and is 276 nautical miles wide, and this can make for some difficult sea states with oceanic waves reflecting off the coastlines, sometimes appearing almost pyramidal in shape – very unlike the long, straight swells of the Atlantic. To add to this you have the continental shelf that amplifies wave height and shortens wavelength. These factors bring about the famous ‘milestone’ freak waves that can knock the daylights out of an unprepared boat.

To add to this, thanks to added friction with the ground, you often get weather systems intensifying and changing direction as they reach the French and Spanish coasts. These fierce little lows can hit Force 10 plus and will kick the shite out of smaller vessels – and even bigger ones with the added fun of shipping containers being knocked off ships and floating like icebergs.

Why do you need extra crew for a Biscay leg?

If you are planning a passage from northern Europe/the UK to warmer climes then a passage to Spain or Portugal will require a passage across the bay. This will be an offshore passage into the prevailing winds with the difficulties described above.

Essentially a passage across the Bay of Biscay is a tougher than normal oceanic passage. You need crew who are alert to both the weather and sea conditions but also the merchant and fishing traffic that cross the bay 24/7. Though the direct route across the bay is just over 24 hours on a typical cruising yacht with following winds, the technical sailing required will often make it far longer.

Three days or more to get beyond isn’t unusual. That means you will need crew in a formal watch system, preferably with two on deck at any one time to deal with situations as they arise without needing all hands to get out of their bunks.

Why think about extra crew now?

Skippers will be planning your yacht cruising holidays right now, ahead of a March/April departure to your cruising grounds. If you are planning to move your boat to warmer climes, have you considered advertising for crew with Onboard Space? We are a community of skippers and crew who seek one another out to go sailing together. Just sign up online and source the crew you need, from experienced old salts to keen newbies who want to cut their teeth on a serious bit of sailing!

Learn to sail as crew with Onboard Space!

London boat owners could use Onboard Space!