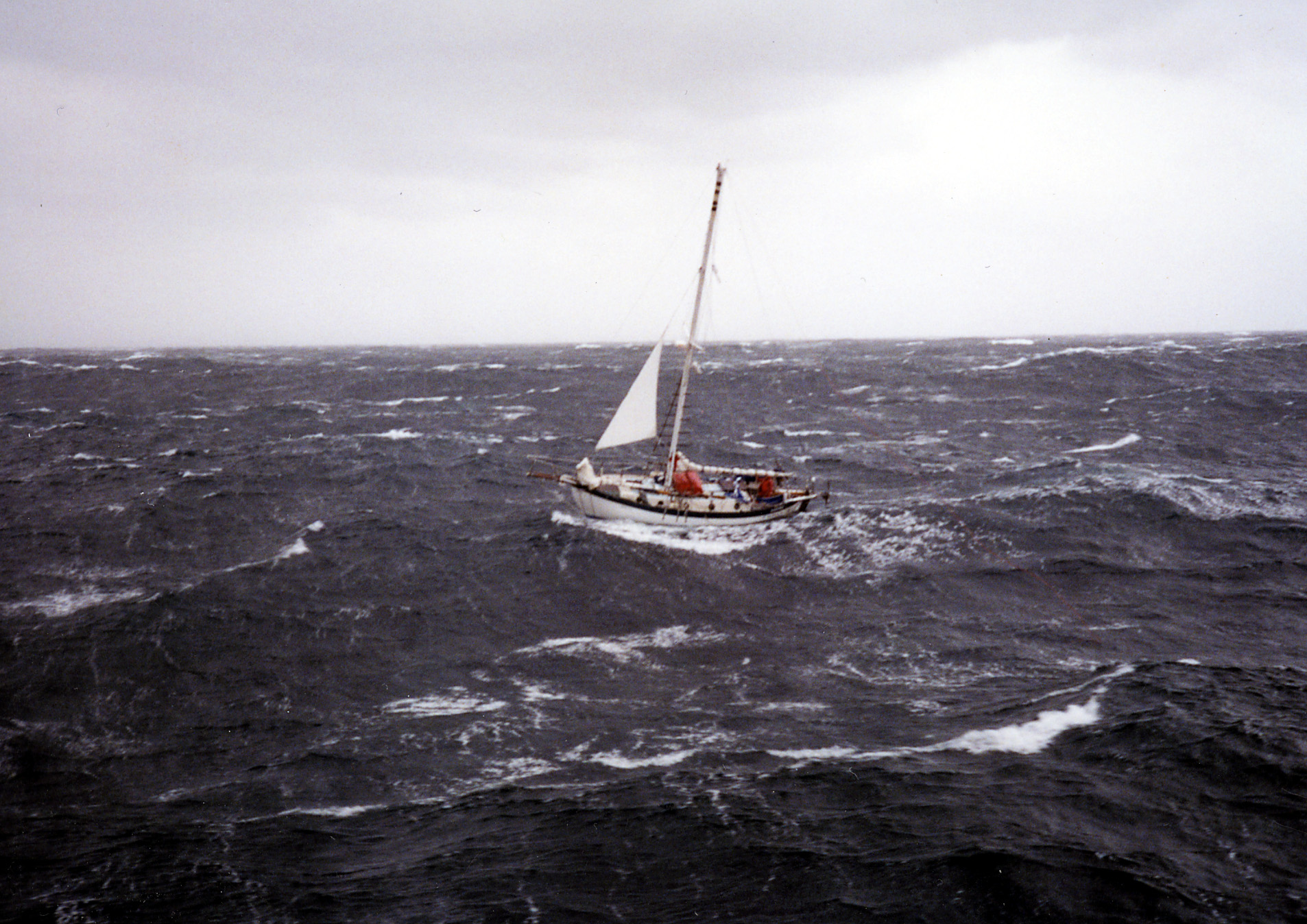 No matter your view on the causes of climate change, it is here. Cataclysmic? A lot of people in Northern Europe would describe it as that after the hammering we’ve had the last couple of weeks! If you are crewing you’ll have to get used to big winds as the atmosphere warms so in this blog we’ll look at crewing in big winds!

A simple explanation of the climate’s future

As a sailor and weather watcher over the decades I have made a simple observation as to how the climate is going to change.

At one level the idea of ‘global warming’ is a truism. The tropics are going to warm up and their range will widen. Arid areas will be desertified and heat waves will be higher in frequency and ever more dangerous. That will kill in its own right.

There’s more to it than that.

More heat in the lower atmosphere creates evaporation of water. Warm water in the atmosphere transfers greater energy up there. That energy has to go somewhere. We will see bigger storms and hurricanes as the energy is transferred from the atmosphere to the surface. Yup – more kickings and the kickings are about to get harder.

As to snow events? That comes from the tempestuous climate too.

As sailors you’ll do well to get ready for more big winds sailing!

Crewing in big winds is a necessary evil in learning to be useful at sea. You need to be alert and know your onions.

The skipper will make decision as to how much canvas to carry. The bigger the winds the less canvas, though on a downwind leg you can carry more and fly downhill with shit eating grins. What about a broach or crash gybe? That’s where experience in crewing in big winds comes in!

Over your sailing career you will learn the basics of what line does what and how to helm in different conditions and points of sail. Helming is an art of twitches either side – you can see a newbie helmsman as they are turning the wheel half and more turns to maintain course! The expert barely touches the helm having found a balance.

As you build your experience, so you really should get out in conditions that move your bowels (or in seasick prone types, turns you green at the gills!). Why? You start taking your basic knowledge and turn it into instinct. Put another way, do you think about how to drive a car? No, you drive it while making higher level decisions about road conditions, safety and speed. The same should apply to a boat.

The more accidents you have at sea the better. I don’t mean bumping your head on the cabin roof or forgetting to clip on and going over the side! How do you tackle a broach when the boat’s pinned on its side? Let everything go. Get head to wind. Control the lines while others are sorting the chaos below/giving First Aid to the hapless sleeper who’s been chucked out of their bunk! Do you have to think when the shit’s in the fan? You need more experience if you do!

What about dismasting? It happens a lot in big winds! You could be over-pressed in big winds and trip over a wave – pitchpole and the rig goes – or be rolled and the mast goes then, or even a crash gybe breaks the backstays and over she goes. I write this knowing the theory but would need a skipper to make decisions!

When the skipper gives orders they won’t have time to explain to put three turns on the winch and keep your fingers away. You just take simple commands and act.

Why are we saying all this?

The climate is going to hell in a hand basket and you will see gales of different intensity throughout the year. July always brings a biggie in the UK. That’s peak sailing season! What happens if you’re caught out? If you are useful when crewing in big winds then you could have the pick of the bunch of skippers seeking crew with Onboard Space!

This blog is brought to you by the P2P crewing agency Onboard Space. Sign up today!