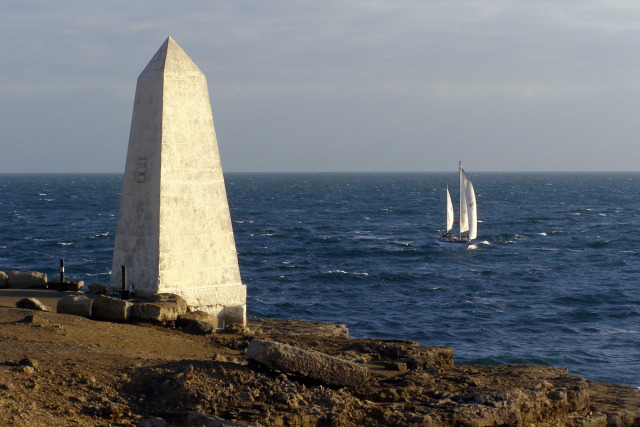 At Onboard Space we expect to see ‘boat skipper wanted’ ads as well as crew wanted ads. Why? Not everyone has the competence to handle a certain trip and they have the balls to admit it. Where a boat owner needs a skipper for a longer or trickier passage this tells us that they respect the sea and know that the trip could be too much for them – in respecting the sea and acknowledging their limits that is to be applauded.

Why would someone post a ‘boat skipper wanted’ ad?

Your writer has years of experience sailing and writing about sailing. My own experience is in coastal sailing, and while that has a certain depth and breadth (I’ve sailed in Force 10 gales and even been shipwrecked a couple of times) I know that I would not be confident in skippering a boat across the English Channel from where I stand today. Why?

Like merchant and fishing vessels for millennia, I am familiar with using coastal landmarks to fix my position at sea. I can do it in fog and at night too, with lights and GPS. My limits lie in when I cross the horizon from the coast and am in the middle of the sea with no land in sight. On a longer Channel passage from here in Dorset to Normandy I would be out of sight of land for at least 6-12 hours. That would be a step too far for me.

I’d love to do a trans Atlantic one day. I would need to crew that for my first passage. In these two examples if I wanted to move my boat between sailing grounds – the Biscay coast or the Caribbean for example – I would need to put up a ‘boat skipper wanted’ ad for those longer legs. The skipper would find a tidy, well maintained boat and a competent crew in me but s/he would have to do the tricky navigation bit, perhaps taking a Great Circle route from here to the Americas.

That is no attack on my own skills but an honest appraisal of what I can and cannot do. I personally have seen too many friends die at sea to believe I can master anything too far beyond my existing skills, and I would rather pull someone up for being too ‘brave’ than being honest about their limits.

Onboard Space is an ideal place to put your boat skipper wanted ad. You advertise for free and then when someone responds to your add you both pay a small fee – though it is completely free at the moment while we try to get people using it!

If you too recognise your limits yet want a competent skipper to help you get to this summer’s sailing grounds, sign up with Onboard Space today and see what we’re about!

Finding crew can be difficult without Onboard Space!